Home/POLICY CONSULTATION ON SDGS IN NIGERIA 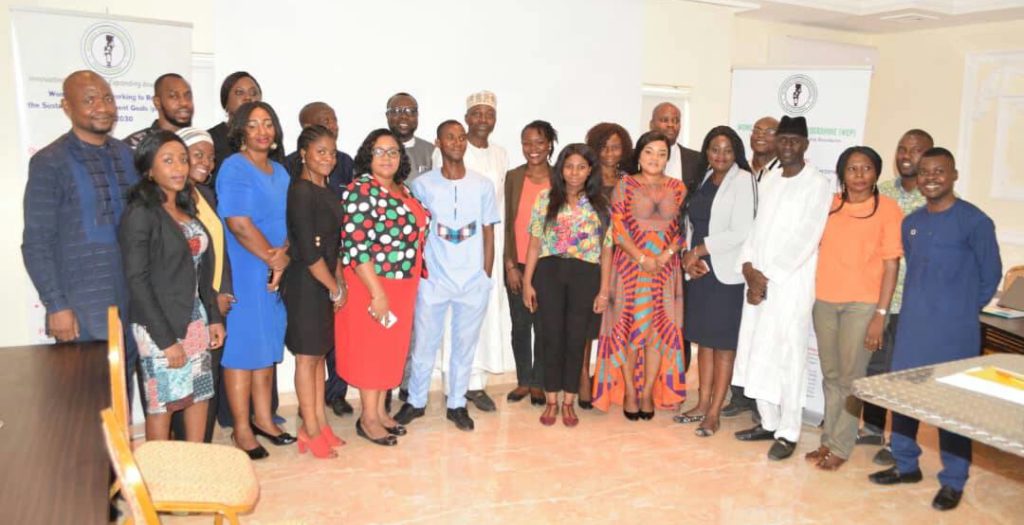 This policy consultation was part of the activities of the Women2030 project, which created a platform for different stakeholders to discuss Nigeria’s SDGs’ plans, policies and programmes, and make necessary recommendations that will help the country realize the SDGs. Stakeholders at the event were drawn from the Ministries, Departments and Agencies (MDAs) of government, private sector, Civil Society Organizations (CSOs) and the media.

The Keynote address at the event which was titled: “Funding Implementation of SDGs in Nigeria,” was presented by the Senior Special Assistant to the President on Sustainable Development Goals (SSAP SDGs), Princess Adejoke Orelope-Adefulire, who was represented by Mr. Yahaya Hamza. Princess Adejoke explained to the participants the different funding sources available for the implementation of SDGs in Nigeria. She also highlighted the strategies employed by her office as well as the different programmes being implemented by the office towards achieving SDGs.

According her, the funding sources for implementing SDGs in Nigeria are: “Funding from Annual Budgets: Through partnership with Ministry of Budget and National Planning, SDGs are mainstreamed into long term and medium term development plans e.g. the SDGs core areas such as energy, food security, agriculture, infrastructural development, industry, macroeconomic stability and inclusive growth have been integrated into the National Economic Recovery and Growth Plan (NERGP). At the sub-national levels, the SDGs are being mainstreamed into State development plans. The MDAs align these sectoral plans with the annual budget and work plan for resource allocation and implementation.

Debt Relief Gains: The Debt Relief Gains (DRG) is a robust financing strategy that emerged when Nigeria obtained debt relief from the Paris Club of Creditors. The DRG funds were administered by the then Office of the Senior Special Assistant to the President on MDGs and was utilized to scale up high impact pro-poor interventions geared towards achieving the MDGs. Unfortunately, the DRG funds are not available for now but the SDGs Office is strongly advocating at relevant quarters, for the reintroduction of the DRG funds for SDGs interventions and activities.

The Conditional Grants Scheme: The Conditional Grants Scheme (CGS) was introduced in2007 as a vehicle for fostering inter-governmental collaboration towards scaling up efforts for achieving the MDGs. To prioritize the SDGs implementation at the sub-national levels, this innovative financing framework has been adopted. The CGS is being used to incentivize the domestication of the SDGs and will leverage investments from the sub-national governments through an equal; counterpart contributory arrangement that ensures high impact interventions in the social, economic and environmental aspects of development is delivered to poor rural communities.” Other sources she said include: The United Nations Development Assistance Framework and the Green Bonds.

After the Keynote address, participants were taken through the 17 goals and the 169 targets and how the SDGs could be mainstreamed in policies and programmes of organizations by Linda Akpami, Environment Consultant.

This was followed by the presentation by WEP on the preliminary results of the assessment she carried out on specific goals and targets of the SDGs in 11 states of Nigeria: Lagos, Delta, Rivers, Anambra, Benue, FCT, Nasarawa, Plateau, Kano, Yobe and Katsina. The assessment sought information against the following SDGs and targets: Goal 1, targets 1.2 and 1.4; Goal 4, target 4a; Goal 5, target 5.5; Goal 6 targets 6.1 and 6.2; Goal 7, target 7.1; and Goal 13, target 13.2. However, only the quantitative results for goals 1,4, 5, 6 and 7 were presented at the policy consultation.

The result of the assessment revealed the following:

The participants at the consultation proffered the following major recommendations to be implemented if Nigeria must achieve the SDGs by 2030: 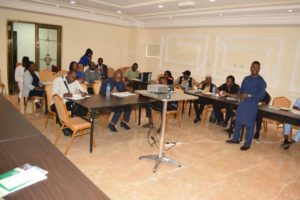 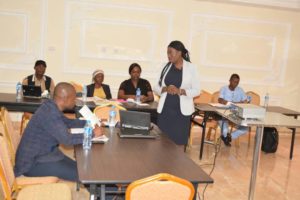 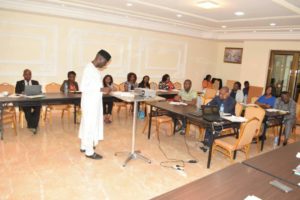 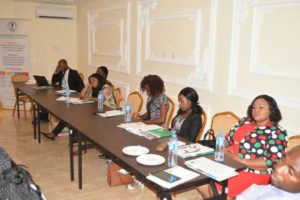