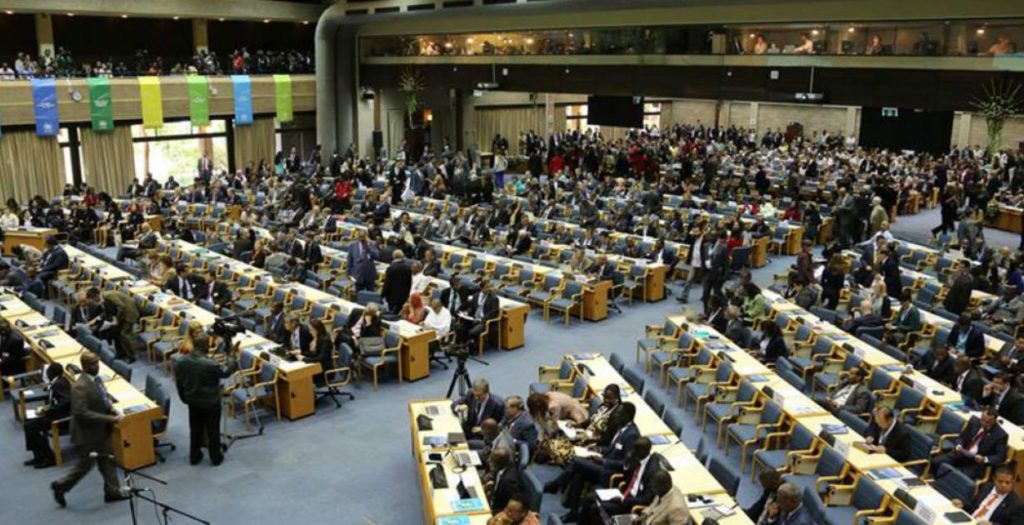 The fourth session of the United Nations Environmental Assembly (UNEA4) was held in Nairobi, Kenya from March 11th – 15th. The United Nations Environment Assembly is the world’s highest level decision-making body on the environment. UNEA4 brought together governments, entrepreneurs, activists and others to share ideas and commit to actions to save the environment. The assembly with its theme of “Innovative Solutions to Environmental Challenges and Sustainable Consumption and Production” gave the framework for shifting our global economic systems towards more sustainable trajectories that tackle our environmental challenges and bring us closer to the ‘future we want’.

While in Kenya WEP joined other women and gender organizations to commemorate the 2019 International Women’s Day.

During the Opening Plenary of UNEA4, WEP’s Damaris Uja delivered a statement on behalf of women, workers and trade unions major groups in which she called for better implementation and strict adherence to policies and resolutions passed adopted by the assembly.

WEP also organized a side event on menstrual hygiene management in collaboration with other partners to emphasize the need for environmental policies/guidelines that promote menstrual rights without causing environmental degradation.  This event afforded an avenue to share experiences on MHM and examine the activities of organizations in this regard.

WEP participated in several other activities at UNEA4 including advocating among member states for gender-sensitive resolutions.

At the end of the assembly, 26 resolutions were adopted towards effective management of the environment