In bid to promote women participation at all levels of decision making, and remove all obstacles (social, political, cultural and economic) hindering women’s empowerment and inclusion in decision making and infringing on women’s rights, Women Environmental Programme (WEP) has embarked on the project “Ensuring Effective Implementation of Programmes, Policies and Legislations, that Contribute Towards Achieving Gender Equality in Nigeria by 2030”. This project is aimed at contributing specifically to the attainment of gender equality in Benue and Zamfara States of Nigeria. This foregoing project supported by the Kingdom of Netherlands is key towards addressing gender inequality which women are still facing with regards to access to political, economic, policy and decision making and financial resources.

Based on the above, WEP is pushing for an Affirmative Action Bill to promote the participation of women in public leadership positions in Zamfara state and a Violence Against Persons Prohibition (VAPP) bill in Benue state. The VAPP bill seeks to address the increasing issue of violence against women and girls in the state. The decision to explore the possibility to bring up this bill in Benue State has been triggered by incidences of violence and sexual abuse against women especially girls. The most recent being the #Ochanya case where a 13-year-old girl who battled with VVF due to continuous sexual abuse by her uncle and his son lost her life. 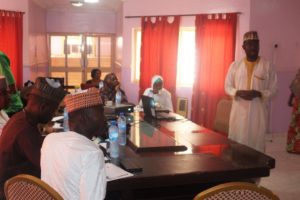 Review of the affirmative action bill in Zamfara state