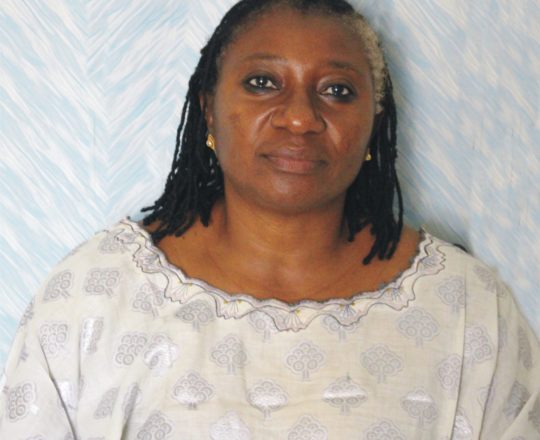 Dr. Priscilla Mbarumun Achakpa holds a PhD in Economics from the University of Business Engineering and Management (Bosnia and Herzegovina), M.SC Development Studies, Professional Certificate from Harvard University Business School and a development practitioner with over 20 years. She has held many positions at National and International levels working with a wide range of development actors and CSOs in the area of gender, environment and climate change. Priscilla spent several years with Savannah bank (1989-2001) rising to the position of Assistant Manager before joining Caritas, Justice and Peace/Health as the Executive Secretary in 2001. In 2006, she returned to the organisation she founded- Women Environmental Programme as the Executive Director. Through her leadership, the NGO has United Nations ECOSOC Consultative Special Status, Observer status to the United Nations Environment Programme (UNEP) and United Nations Framework Convention on Climate Change (UNFCCC), Organizing Partner (OP) Women’s Major Groups representing Africa at the Post2015 SDGs UN processes.

Priscilla has held many positions at national and international levels and a member of different development bodies across the globe. She is a Co-Facilitator of the Women’s Major Group (WMG) to the United Nations Environment Programme (UNEP) and also serves as National Coordinator for Water Supply and Sanitation Collaborative Council (WSSCC) in Nigeria. She is a recipient of several awards and a member of different Professional Associations & Networks. She is an Ashoka Fellow, the National Coordinator, Water Supply and Sanitation Collaborative Council (WSSCC) and Regional Focal Point for the West Africa-Global Environmental Facility (GEF CSO-Network, Member, African Working Group on Gender and Climate Change (AWGGCC) etc.

She has undertaken consultancies and worked in several of the areas listed above including information management and dissemination, participatory methodologies among others and have held position of authority both in a workplace, in networks and within religious development organizations in Nigeria and internationally and have accomplished these responsibilities successfully.