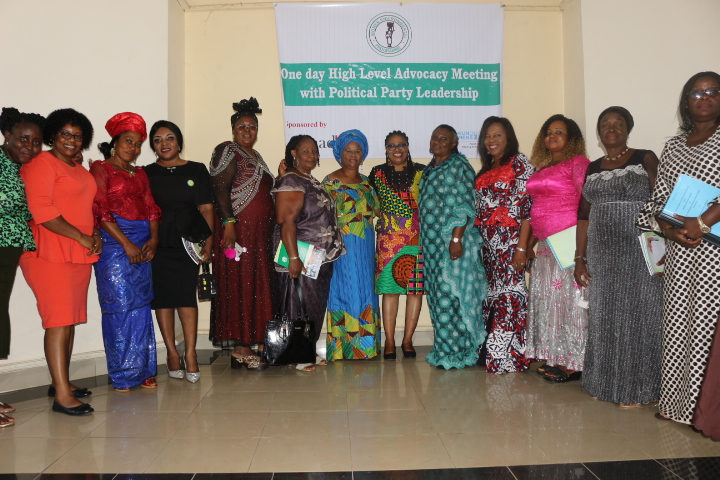 A team from Women Environmental Programme led by the Executive Director Dr. Priscilla Achakpa had a high level advocacy meeting with the leadership of All Progressive Grand Alliance (APGA) on the 13th of August, 2018. This the third “One day High Level Advocacy Meeting with Political Party Leadership” that WEP has organized. It was held in Awka, Anambra State with funding support from the Canadian Government through the United Nations Entity for Gender Equality and the Empowerment of Women under a women political empowerment and leadership project.

The meeting was aimed at presenting the outcome of consultations with women leaders to the party in preparation for the 2019 elections. Issues discussed were the key challenges women face within the party structure and their viable representation at ward, LGA, state and national level that can increase their participation.

Receiving the delegation, the national chairman of the All Progressive Grand Alliance Chief Dr. Victor Ike Oye reiterated the party’s support for women projects. He pointed out that the change in the party slogan from “be your brother’s keeper” to “be your brother and sister’s keeper” was a reflection of the party’s stance on gender equality and women empowerment. He assured the women leaders of the party’s unflinching support for female participation in politics and governance. The chairman received the report from the outcome of consultations presented by WEP Nigeria on behalf of UN Women and promised to consider all recommendations with his exco with a view to implement before the coming elections. 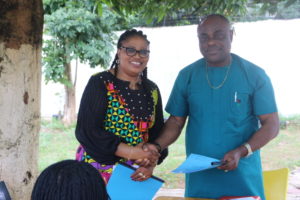