DEVELOPMENT OF GENDER AND CLIMATE CHANGE ACTION PLAN FOR NIGERIA

Home/DEVELOPMENT OF GENDER AND CLIMATE CHANGE ACTION PLAN FOR NIGERIA 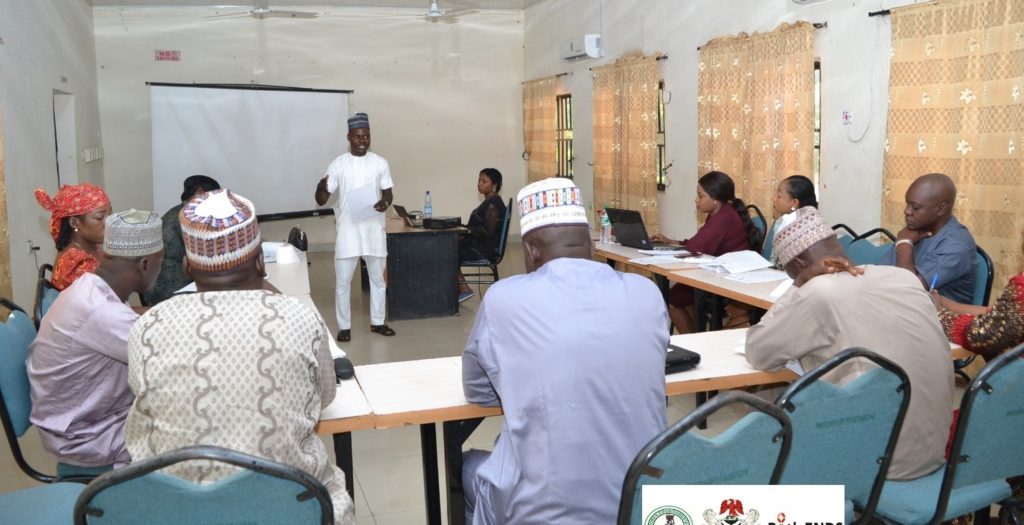 In 2016, Women Environmental Programme (WEP) in collaboration with the Federal Ministry of Environment and the United Nations Development Programme (UNDP) organized a National Consultation on Gender and Climate Change in Abuja, Nigeria. The consultation which then Minister of Environment, Amina J. Mohammed also participated in proposed some recommendations in respect to gender and climate change issues in Nigeria.

One of the recommendations from the consultation was that, a gender and climate change roadmap be developed for the Country. Following this, a technical team was set up to initiate this process. A draft document was put together and went through few reviews as a nationwide consultation was not feasible due to the limited resources received.

The process was not yet completed when in 2017 the United Nations Framework Convention on Climate Change (UNFCCC) adopted the global Gender Action Plan (GAP) and there was a need again to review the Country’s draft roadmap to be in line with the UNFCCC’s GAP. In 2018, WEP received support from Both ENDS to finalize work on this Action Plan. This support mobilized WEP and other partners to resume work towards finalizing the draft Gender and Climate Change Action Plan for Nigeria.

To complete work on the draft National Action Plan on Gender and Climate Change, WEP engaged a Consultant who updated the Action Plan to be in line with the UNFCCC’s GAP and in tune with the current country’s policies and programmes. This was done before the document was taken to the different geographical zones of Nigeria to receive inputs. Ebimboere Seiyefa (PhD) of Baze University Abuja was engaged as the Consultant who finalized work on the Action Plan. 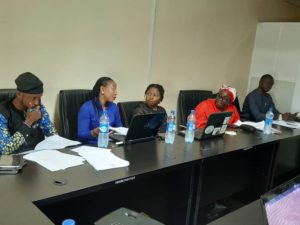 On 4th November 2019, WEP convened the first review meeting at the conference hall of Department of Climate Change, Federal Ministry of Environment. This meeting brought together experts on gender and climate change to review the initial draft of the Action Plan produced by the Consultant. This review meeting was attended by 11 persons including staff of WEP and Department of Climate Change.

The Deputy Director, Department of Climate Change, Mrs Halima Bawa-Bwari welcomed the reviewers and appreciated them for coming, stating how important the process of developing the National Action Plan on Gender and Climate Change was to the Department.

Reviewers took time about 1 hour to read through the draft document before they started making comments and inputs to the document page by page.

Some of the comments and inputs made by reviewers at this meeting were that: 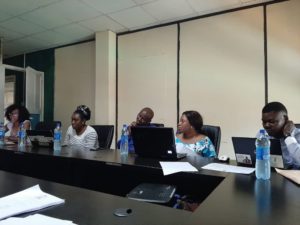 After the review meetings, WEP and the Department of Climate Change conducted zonal consultations to receive inputs into the draft Action Plan from stakeholders in the 6 geo-political zones of Nigeria.

The zonal consultations were used not only as a platform to receive inputs into the draft Action Plan, but also as a capacity building platform for women and gender organizations and other stakeholders. At the zonal consultations, representatives of WEP and Department of Climate Change took time to discuss the following topics: concept of climate change and gender, gender mainstreaming in climate actions, climate change mitigation and adaptation, advocacy for environmental rights, policy and legal frameworks related to gender and climate change.

The inputs received from the zonal consultations in addition to the peer review meeting and from the project team were used to finalize the National Action Plan on Gender and Climate Change for Nigeria which will be published and circulated among relevant stakeholders in the country. 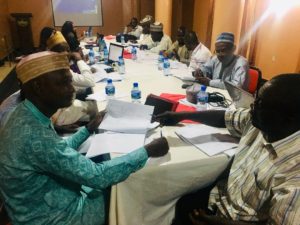