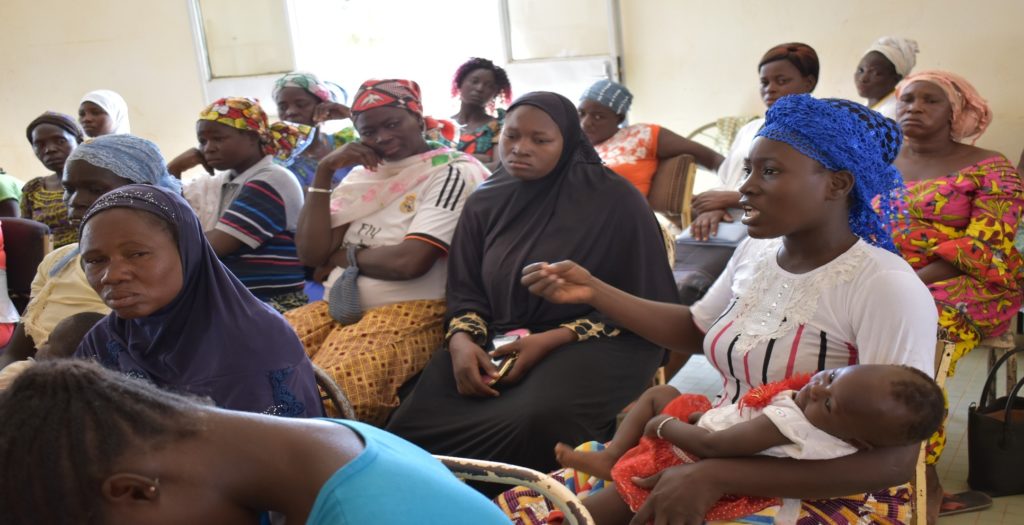 One of the coalition of gender and women-led civil society organizations known as Women2030 coalition working under the European Union’s funded project titled: “Women CSOs networking to realize the Sustainable Development Goals), has since 2016 been working to contribute to the realization of gender equality globally. The project whose aim is to ensure gender sensitive implementation of the SDGs comprise of 5 women-led civil society organizations working with other women and gender civil society organizations around the world to achieve its goal. The Women2030 coalition is led by Women Engage for a Common Future (WECF) and the following as partners: Women Environmental Programme (WEP); Asia Pacific Forum for Women, Law and Development (APWLD) and Global Forest Coalition (GFC).

The Women2030 project focuses on improving the condition of women in various countries regarding political participation, violence against women, re-distributive and economic justice, climate and environmental justice and gender stereotypes. Women2030 partners have been mandated with the task of monitoring the implementation of the SDGs in different regions of the world to ensure they are implemented in a gender-sensitive manner.

Over the period of five years, Women2030 partners from Nigeria, Ghana, Togo, Burkina Faso, Cameroon, Tchad, Liberia and Tunisia have ensured the realization of gender equality in Africa through capacity building, policy advocacy and media outreach.

On capacity building, the Women2030 project, has built capacity of women and gender organizations and other civil society groups as well as policy makers and legislators on understanding the SDGs and mainstreaming gender in its implementation.  Capacities of these groups have been built around understanding gender equality and mainstreaming it in actions, gender sensitive assessments and data collection, media campaigns, policy advocacy, organizational and financial management among other issues. The Women2030 project through WEP had in 2016 built capacity of 10 leaders of 10 women-led organizations who became trainers that train other women organizations on the issues mentioned above. From 2016 to 2019, the Women2030 project has built capacities of over 1000 persons from 300 organizations across Nigeria, Togo, Cameroon, Ghana, Tunisia, Burkina Faso and Liberia. Through this capacity building interventions, different movements of women have been created that advocate for gender sensitive national plans and programmes.The capacity building activities have equipped many people with knowledge that they previously did not have.

The Women2030 project also has succeeded in advocating and putting in place gender sensitive policies and laws in different countries to advance the realization of the priority areas of the Beijing Platform of Action. One of the Women2030 partners, Women Environmental Programme (WEP) has been instrumental for advocating for laws, policies and programmes in different African countries. WEP teamed up with other women and gender civil society organizations and pushed for the domestication of Violence Against Persons Prohibition Act (VAPP Act) and Administration of Criminal Justice Act (ACJA) in Benue State of Nigeria and this was realized. WEP has also presented a bill on Affirmative Action for Women in Zamfara State of Nigeria to promote participation of women in politics. The advocacy action by Women2030 partners in Nigeria led by WEP also saw to the development of Gender and Climate Change Action Plan for Nigeria, a document that provides guidance on mainstreaming gender in climate change and environmental actions in Nigeria.

In Togo, Women2030 project mobilized women’s groups and facilitated their contribution to the National Development Plan of Togo (PND) launched from 2016 to 2018. Similarly, in countries like Ghana, Burkina Faso, Liberia, Cameroon and Tunisia, women groups under the Women2030 project made inputs to the countries’ development plans for incorporation of gender issues therein. The Women2030 partners in these countries participated in policy forums organized by the government or other stakeholders and in some cases organized policy fora, discussed and made recommendations to government and other stakeholders on issues affecting women.

The Women2030 partners in Africa have also influenced regional decisions on issues through position statements and engagement with policy makers at different regional programs. Women2030 partners coordinate the women’s groups to make inputs into regional SDGs and climate plans and were instrumental in the establishment of Africa Civil Society Engagement Mechanism which engages with the African Union (AU) and other regional bodies on development issues.

In addition to the above, Women2030 project partners implemented different initiatives in different African countries that contributed to the realization of the Beijing Platform of Action and the Sustainable Development Goals. These initiatives were supported through sub-grants provided by the Wome2030 project. Through one of the Women2030 partners, Women Environmental Programme (WEP), sub-grants and seed-grants were awarded to 51 women and gender civil society and community-based organizations in Nigeria, Ghana, Cameroon, Togo, Burkina Faso and Tunisia. These initiatives ranged from preventing inhumane treatment of women, promoting women’s rights to land, promoting political participation of women, promoting menstrual hygiene management, access to water and clean cooking energy, poverty alleviation and economic empowerment for women amongst other initiatives.

Highlight of some of the initiatives implemented by beneficiaries of the sub-grants and seed-grants are below:

The above initiatives are just a few among 51 different initiatives implemented by sub-grants and seed-grants beneficiaries of the Women2030 project across different countries of Africa.

There is no doubt that a lot of progress has been made in realizing the priority areas of the Beijing Platform of Action and the realization of the SDGs but gender inequalities still persist in economic, political, cultural and environmental sectors of the society today.  Some of the major barriers to achieving gender equality in Africa are:

Despite major commitments and important progress made, women’s universal human rights are still far from a reality today. Agenda 2030 provides an important opportunity and responsibility for governments to take action and make sure everyone can live a healthy, fulfilling and dignified life. Achieving the Agenda 2030 will not be possible without achieving gender equality.